Meet the experienced and friendly doctors and staff who make Family Vision Center – Atlantic the leading provider of vision care products and services in Atlantic. 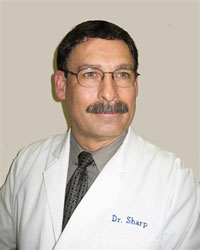 Dr. Robert Sharp is a native of Storm Lake, Iowa where he attended Buena Vista University and received his Bachelor of Science degree graduating cum laude. He finished his doctorate at Illinois College of Optometry in 1976. Dr. Sharp began his practice in Atlantic, Iowa in 1977. Dr. Sharp has been active in services and fraternal organizations from his college days to the present. He has served in professional regional, state and national offices as well as many local community and church organizations. Dr. Sharp’s practice interests include both optical and medical optometric care and covers a range from speciality contact lens fittings to managing chronic and acute eye conditions. 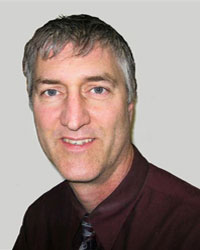 Dr. Tom Thomsen is a native of Rockford, Iowa where he attended Rockford High School. He attended Loras College obtaining a Bachelor of Science degree in 1986 in Computer Science and Physics. He started his career working on avionics systems for various Navy and Marine Corps Aircraft at the China Lake Naval Weapons Center in China Lake, California. He then worked as a software engineer, including software development, testing and integration for the NASA Space Station/Space Shuttle Mission Control Center at the Johnson Space Center. In 1992 he began his optometric studies at the University of Houston, graduating in 1996 as a doctor of optometry. Dr. Thomsen was in private practice at the EyeCare Center of Newton for four years before joining the Family Vision Center staff in 2000, currently practicing in the Atlantic and Red Oak locations.

You can schedule your next appointment with us online!